How Do You Play If You Don’t Have The Rules?

Here’s a question that provokes a little outside the box thinking:

How did folks know what to believe and do before they had the Bible? 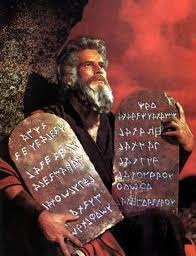 I mean not just the New Testament.  I’m talking about the whole thing.  The Bible in written form is a relatively recent development (when you consider the history of humanity).  Whether you believe God created humans about 6000 years ago (crazy fundamentalists) or the big bang happened 4 billion years ago (crazy atheists who have more faith than the fundamentalists do), for most of the history of mankind, we had squat!

So what did folks do?  They couldn’t run a search on their Bible software for a particular issue or problem.  They didn’t even have the Ten Commandments until the time of Moses.  How did folks know right from wrong before then?  How did the early believers know what God wanted them to do?  He only spoke to a few folks that we know of.  What about the rest?

Paul helps us out on this one:

Answer this question:  Does the God who lavishly provides you with his own presence, His Holy Spirit, working things in your lives you could never do for yourselves, does He do these things because of your strenuous moral striving or because you trust Him to do them in you?  Don’t these things happen among you just as they happened with Abraham?  He believed God, and that act of belief was turned into a life that was right with God.  Is it not obvious to you that persons who put their trust in Christ (not persons who put their trust in the law!) are like Abraham: children of faith?  Galatians 3:5-7  The Message

In Jeremiah 31:33 (Part of that written Bible the early folks didn’t have) God declares that He’s gonna make a new deal with His people:

“This is the brand-new covenant that I will make with Israel when the time comes. I will put my law within them—write it on their hearts!—and be their God. And they will be my people.”

Paul tells us that God’s promise is fulfilled in Jesus.  We don’t have to worry about strenuous moral striving because, like Abraham, it is simply our belief in God, and His Son Jesus, that makes our lives right with God.  That we aren’t made “children of faith” by rules but by (surprise) faith! 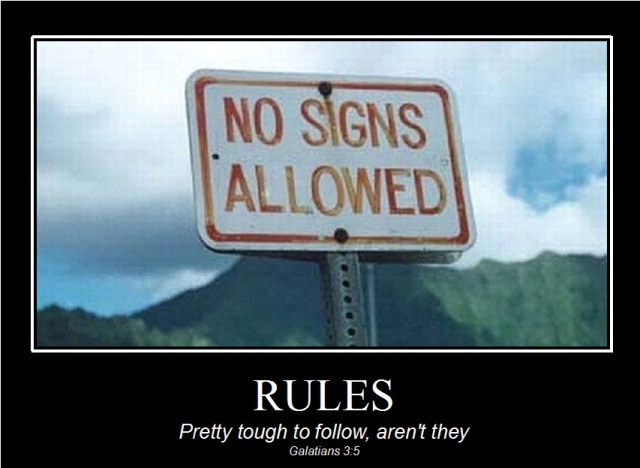