Don’t Drink, Smoke, Chew or Dance with Girls that Do 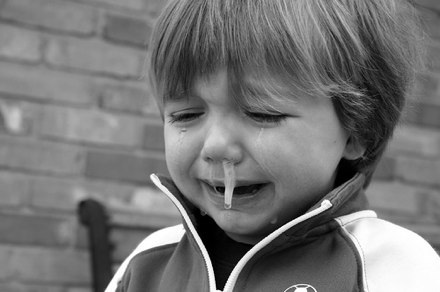 There are few things more irritating, when you are grocery shopping, than a little kid sticking their sticky, snotty little fingers all over everything in the store, especially things that aren’t packaged (like fruit and vegetables).

One thing more irritating than the afore mentioned actions of snotty children, is the grating voice of the barely attentive and developmentally clueless parent, who’s free-spirited childrearing model prohibits them from enforcing boundaries on their little dear, but takes no account of the hundreds of people they are  exposing to all the bacterium their little angel has acquired in his unbounded wandering, and the fact that we’ve listened to said parent whine “Sweetie, please don’t touch that” 4 gazillion times!

You might not surmise it from the preceding rant, but I do have some sympathy for the clueless parent.  I know how hard it can be to raise children and how hard it is to get through everyday tasks when you have a spirited 4-year-old in tow.  They are too big for the baby seat and too energetic to behave for the 30 minutes it takes to shop for the family’s grub.

It becomes a problem when the snotty little one is practically a teenager . . .

Eventually we have to grow up and be responsible.  Not just in the grocery store but in our faith as well:

Don’t tolerate people who try to run your life, ordering you to bow and scrape, insisting that you join their obsession with angels, and that you seek out visions.  They’re a lot of hot air, that’s all they are.  They’re completely out of touch with the source of life, Christ.  So, then, if with Christ you’ve put all that pretentious and infantile religion behind you, why do you let yourselves be bullied by it?  “Don’t touch this!  Don’t taste that!  Don’t go near this!”  Do you think things that are here today and gone tomorrow are worth that kind of attention?  Such things sound impressive if said in a deep enough voice.  They even give the illusion of being pious and humble and ascetic.  But they’re just another way of showing off, making yourselves look important.  Colossians 2:18-23 The Message

Most folks eventually grow out of the snotty little kid in the store phase – most but not all.  Few folks, though, get past the snotty little kid phase when it comes to their faith.  They prefer the grating voice of some barely attentive and developmentally clueless pastor who bullies them through their religious experience constantly whining, “Don’t touch this!  Don’t taste that!  Don’t go near this!”  Oh, his voice may be deep and his words poetic and impressive, but if you strip away the reverb and enhanced equalizer, it’s still just whining. 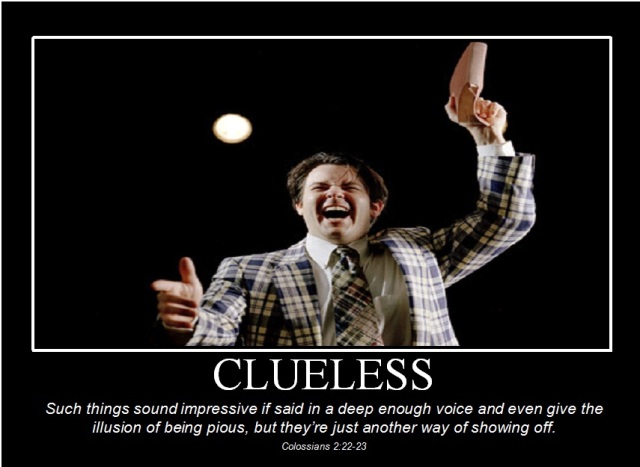 Jesus lived and died here on earth so that you might experience more than a snotty-faced, whining faith.  He came to strip away all the “Stuff” that gets in between, and to give you a direct connection to your creator, unencumbered with the trappings of religion.

So wipe your nose, pull up your jeans, grow up, and get to know “the source of life, Christ!”