I don’t want to be another in the vast chorus of voices that bemoans the direction of Americas youth, but . . .

At the time of this writing, the airwaves, social media, the blogs, and newspapers (if there is such a thing anymore), are all ablaze with the recent MTV awards performance of Miley Cyrus, she of Hanna Montana fame – or is it infamy . . . Anyway, folks are rightly upset at her performance for a multitude of reasons.

Some blame it on her desire to break free from the Hanna Montana “thang”. Others blame it on the degradation of moral values in American culture. And there are a multitude of other factors, excuses, blames, and accusations, many equally valid. I blame the whole thing on her mother and grandmother.

Now, before you call me a sexist-fat-old-white-Christian-guy, please hear me out.

I am a supporter of motherhood in whatever form it occurs: single-motherhood, adoptive-motherhood, motherhood in the context of the nuclear-family, and others. I even know some single dads who have been pretty good moms. I support motherhood because it works – and works especially well when done well.

Here’s the thing: Motherhood in its purest form is the ultimate protector of humanity, particularly the young humans who are in the care of the particular mother. Moms protect their kids from all types of harm. The momma bear being the prime example.

Clearly, Miss Cyrus’ mother could have been a better protector. The greatest protection she might have offered was to protect her from the Show-Biz life in the first place. The thinnest volume in the library of the humanities is the book entitled, “The Exposition of the Adulthood Successes of the Modern Child Star’. She should have seen it coming. She should have known that she was putting her daughter on the road to disaster. I blame grandma too because she should have knocked some sense into her daughter before she put granddaughter on this destructive path. (Daddy should have too, but remember who her daddy is. Enough said.)

Mothers, more than any others, shape and form the lives of their children. As a father, I’d like to think I had as much influence on the lives of my three boys as mom did, but I’m too much of a realist. And I’m not the only one, look at what the Apostle Paul wrote to his protégé, Timothy:

I, Paul, am on special assignment for Christ, carrying out God’s plan laid out in the Message of Life by Jesus. I write this to you, Timothy, the son I love so much. All the best from our God and Christ be yours! To Be Bold with God’s Gifts Every time I say your name in prayer—which is practically all the time—I thank God for you, the God I worship with my whole life in the tradition of my ancestors. I miss you a lot, especially when I remember that last tearful good-bye, and I look forward to a joy-packed reunion. That precious memory triggers another: your honest faith—and what a rich faith it is, handed down from your grandmother Lois to your mother Eunice, and now to you! 2 Timothy 1:1-5

Paul was smart enough to realize that, even though he wielded great influence as an Apostle of Jesus Christ, his influence on Timothy paled in comparison to Little Timmy’s Mom.

Every poll I’ve ever seen, and every poll I’ve ever taken at every type of church event, shows that when folks are asked who had the most influence in the formation of their faith or morality, they overwhelmingly answer “MOM”. There is a special responsibility and opportunity that mothers have in shaping the destiny of the lives of their children. Mothers are the primary “Handers down of the faith” from generation to generation.

So, as a dad, I salute those mothers who raise children of good character and faith. I must, however, likewise put the blame where it is due when the opposite is the case. Oh, and by the way, I don’t discount the father’s influence or blame, whichever the case may be. Shame on you Billy Ray! 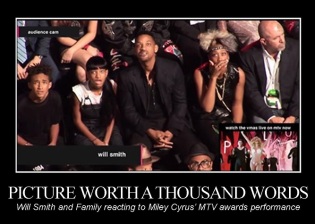 So, to end this missive on a positive note: Mothers, take seriously your responsibility to protect your children and raise them in the faith with good moral character . . .

The future of our culture is in your strong and able hands!