Sometimes There are No Shortcuts

I’ll admit it right up front:  I am by nature a lazy bum.  I know this because my adopted father reminded me of this throughout my childhood. 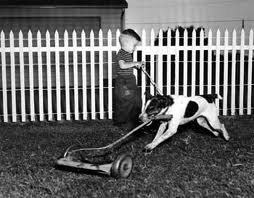 Now, being a lazy bum is not always a bad thing.  It is because of my laziness that I would often figure out a more efficient means to complete a task.  I know it was more efficient because my adopted father would yell at me for not doing it “the right way” and I would often show him that my way got the job done, as well if not better than his way, but also more quickly and with less effort.  Of course I’d catch a few swats in the tush, even though I was right, just for good measure.

This lazy bum status has also helped in my adult life.  As a pastor, there are many “Jobs” that need to be completed.  Throughout my ministry, I have found that the “way we always did it” is not always the most efficient or even the best way.  I’ve made it my cause at churches I’ve served to find ways to more efficiently use not only my time but the extremely valuable and limited time and resources of the folks I served.

There are some things in life, however, for which there are no shortcuts.  The Apostle Paul makes this clear in his instructions to Timothy:

So, my son, throw yourself into this work for Christ. Pass on what you heard from me—the whole congregation saying Amen!—to reliable leaders who are competent to teach others. When the going gets rough, take it on the chin with the rest of us, the way Jesus did. A soldier on duty doesn’t get caught up in making deals at the marketplace. He concentrates on carrying out orders. An athlete who refuses to play by the rules will never get anywhere. It’s the diligent farmer who gets the produce. Think it over. God will make it all plain.  2 Timothy 2:1-7

I’m sure that, like me, Timothy had tried to find an easier way to do things, and he may have had some success.  Paul rightly points out, though, that there are some things for which there is no easy way:  During tough times, we must take our lumps; When duty calls, we have to leave life’s trivia behind; If we want to compete to win (especially over the long haul), we must play by the rules; Without diligence, we will never grow anything of value in our lives.

But that doesn’t mean we can’t find better more efficient ways to do some things.  But we do need to think things over and discover which things in life require us to complete the difficult, tried and true, exhaustive process that’s required.

The thing is: whether we think it over or not, God WILL make it all plain – either through our success, or our failure . . .