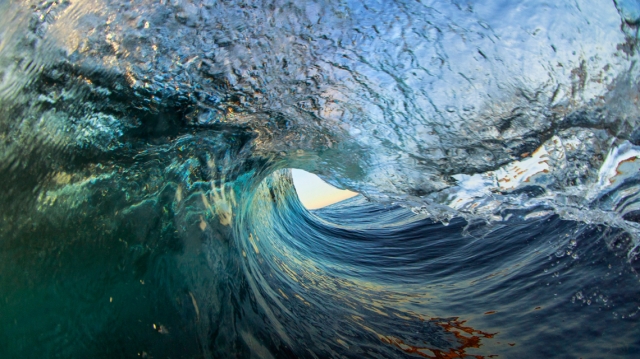 Everyone has a preconceived idea of what it means to do a “Ministry”.  This idea is formed by our experience with the church and with our culture.  It’s dependent upon the ideas of those who were formative in our experiences of faith and of life.  This preconception is mostly fixed in our minds and that’s too bad.

Our understandings of “Ministry” are too narrow and to exclusive.  Ministry is not only something provided by a trained professional or by an experienced practitioner.

Every Christian Should be Doing Ministry!

And you don’t even need any training to do it . . . Seriously!

Jesus told his disciples in Matthew 10:42 and Mark 9:41 that “. . . This is a large work I’ve called you into, but don’t be overwhelmed by it. It’s best to start small. Give a cool cup of water to someone who is thirsty, for instance. The smallest act of giving or receiving makes you a true apprentice. You won’t lose out on a thing.”   (MSG)

Now I know that some folks have an aversion to taking the Bible literally, but humor me for a moment.  If the Savior of Humanity took the time to say this, and two of the Gospel accounts include it, shouldn’t we take this at face value and legitimize even the simplest forms of ministry? Besides, none of the Apostles ever went to seminary!

Consider my inspiration for this article:  There was a man in Reno, NV, when I lived there in the mid 1980s, named Ed Carlson.  The locals knew Ed as “The Waver”.   Ed had “an awakening” in the mid-1970s and said he realized his purpose in life:  to walk and wave and share his love with others.

“The best feeling there is in the world is to feel love in our heart, then share it with the world,” he said before his passing in 2012. “For the first 20 years, I went [walking down Virginia Street, the main north south thoroughfare that goes to Virginia City] almost every day,” Carlson said. “The last 10, I did my walking around Reno. (He had triple-bypass heart surgery in 1998.) In all those years, I walked the equivalent of 10 times around the world.”  A friend said, “He became world renowned for his simple exercise in humanity: walking, smiling and waving at motorists.  He was committed to love and believed that the best thing we can do is share it with one another.”

I talked to Ed on a couple of occasions – both at gas stations when he stopped to refill his canteen – and was struck by the joy in his eyes and the kindness of his heart.  I asked him why he did the waving thing and he said, “Well, God loves me and I want others to experience His love and this seemed like the best way for me to do it.”  Profound in its simplicity, right?  He even looked a little like Jesus . . .

Though most folks thought he was just a crazy dude with no job, I knew him to be an inspirational man who knew his simple purpose in life and fulfilled it.  I hope, in our own way, we can help to be and do the same.

OK, So Let’s Get Real

Now, I don’t expect to see Christians across the Western World walking down the byways of local bergs waving and smiling at passersby, but I do know the value of simple ministries.  Regular folks performing acts of kindness that change people’s perspectives and therefore, people’s lives. You want examples?  OK, here you go:

I could go on, but you get the idea.  These simple ministries have amazing impact and I’m convinced are more valuable than any “Evangelism Program” designed by even the best and most expensive of ministry consultants!

So What Can We Do?

That’s the beauty of this “New Wave Ministry”!  there’s no mold and no limit to what you can do.  Any act of kindness can qualify:  Opening doors, mowing lawns, even just being polite in light of an ever isolated and rude society can qualify as your “Cool Cup of Water”.

Either together with your church or individually, prayerfully consider how you might begin your “New Wave Ministry”.

Then be prepared to be blessed!

Now, not everyone is going to appreciate your ministry.  Some might even respond in a negative way.  But the blessing doesn’t come from the recipient – the blessings comes from God!  (see the Matthew and Mark passages above)  You will begin to experience a joy and fulfillment that you never would expect from such a simple act.  If the recipient responds in a positive way, that’s the icing on the cake!

You have been called to a ministry, you’ve been gifted for it, and when you fulfill even your simplest calling, your life will change.  You might even change a life or two through your “New Wave Ministry”!

The article below is by a former parish associate pastor of mine, Rev. Charles Brown (yes that’s really his name), who is now retired.  He heard my story about “The Waver” and took it upon himself to begin his own “New Wave Ministry”.  I referenced “The Waver” again in my Easter sermon and Charlie wrote this article in response:

This past Sunday, Pastor Keith mentioned a gentleman whose ministry was to wave to people along the highway as they go to and from their various appointments. Several months ago the same gentleman’s story was shared with us in the sermon, at which time I took it upon myself, as my dog takes me for a walk each morning and each evening, to give a pleasant smile and wave to the to those driving along our route.

You know, a pleasant smile is that one wherein you tighten the muscles about your cheeks just a bit, offering a wave of the hand that’s akin to a salute, the one with the fingers together held straight up with a little snap of the wrist at the end as a sign of recognition.

It was interesting to see the folks’ response, or lack thereof. Dutifully some would raise a hand and occasionally smile a bit. I had some sense of reward in this modest ministry. On Morning walks, I thought perhaps, for some, it would be the first smile of the day. On our second walk, for those on their way back from work, I thought my smile and greeting might remind them of the good things that “going home” can mean.

I really began to have a sense that what I was doing was a positive step toward happiness for some people, though a modest step indeed.

Then I began to think about the quality of my greeting. Shucks, when family or friends are going by, my smile is bright and my wave is energetic with my palm spread broadly. I thought to myself, “I need to have that enthusiasm in my smile and wave for everyone!” so from then on, my wave demonstrated enthusiasm even at chance meetings.

This new enthusiasm was picked up by the passersby. Their enthusiasm and familiarity began to grow. Now, some of them give me a little toot on the horn when they’re coming up the other side of the road if I don’t see them.

The other day I had a bandage on my hand and as I waved one of the drivers stopped and asked what happened and how I was I doing. Some stop to ask about the dog, she’s obviously getting much older, but it’s an expression of their concern, and that’s great!

The smiles and waves from within the cars are bigger and more energetic now. Oh yes, some still go by with knitted brow and no wave is seen, but those numbers dwindle week-by-week as my persistence grows.

Try the “Wave Ministry,” it’s a great, though modest ministry that brings its own rewards.